When the new entrance building for TU Darmstadt – a two-storey glass cube with wide cantilevered roof – was almost finished, it was determined that no thought had been given to what should actually happen with the interior. This is where we came into play: the building is designed as an icon and communicative centre of a university, which is spread all over the city. But such a construction must then also be made to speak. Interior design is a good means for achieving this. The central entrance building at Karolinenplatz 5 (‘Karo 5’) is intended to give TU Darmstadt a face. Not for nothing, was the project initiated by TU’s communications department, rather than the construction department. 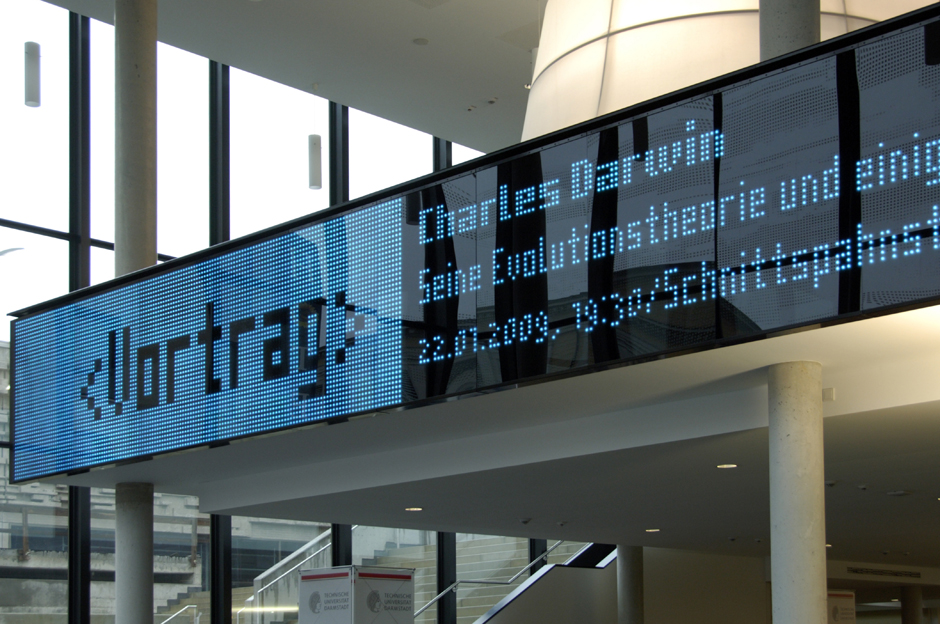 We intervened at three points within the new building: 1) An LED display in the foyer can now exercise its role as an information interface for the TU building. 2) A historical exhibition conveys historical identity and engineering know-how. For this, we cast a concrete interface that floats on steel cables. This is the display for the exhibition. 3) The large, bright room in the upper level was structured so that it is open for many uses, but also develops into a functioning social place beyond ‘events’. 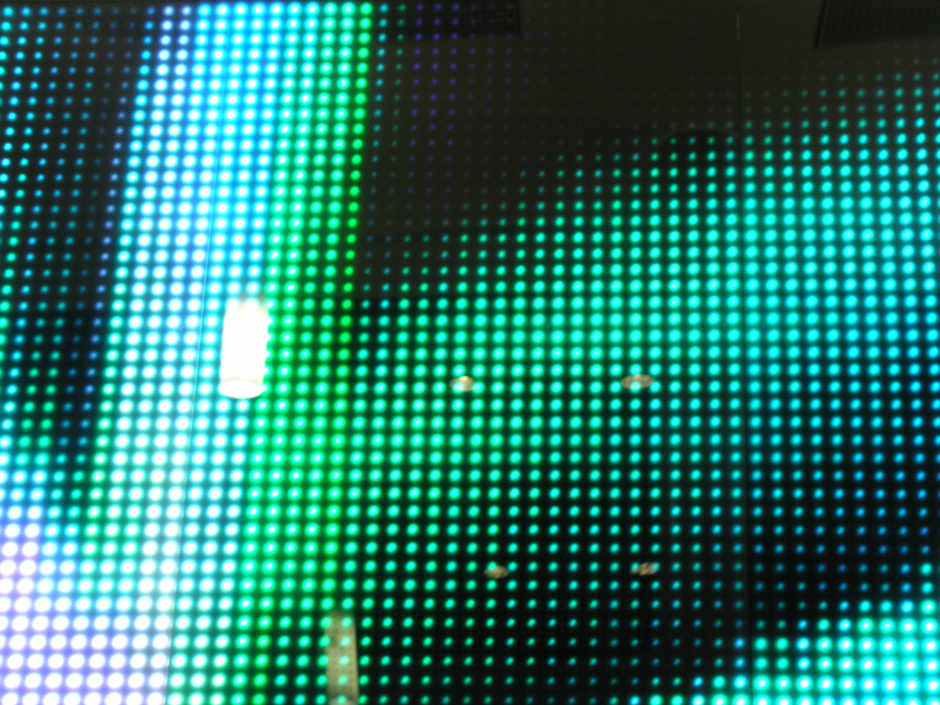 LED display, two considerations were important. On the one hand, it should belong to the architecture, and not be a technoid wall decoration. To make the display an integral part of the building, we placed it at the position of the parapet of the spatially recessed upper floor. On the other hand, we did not want an intrusive media façade, which overloaded public space with images and signs – no Times Square in Darmstadt. The display is thus not mounted outside on the façade, but belongs to the interior. The informational text that runs on it is quite strict in terms of typography and design – there is only one font. 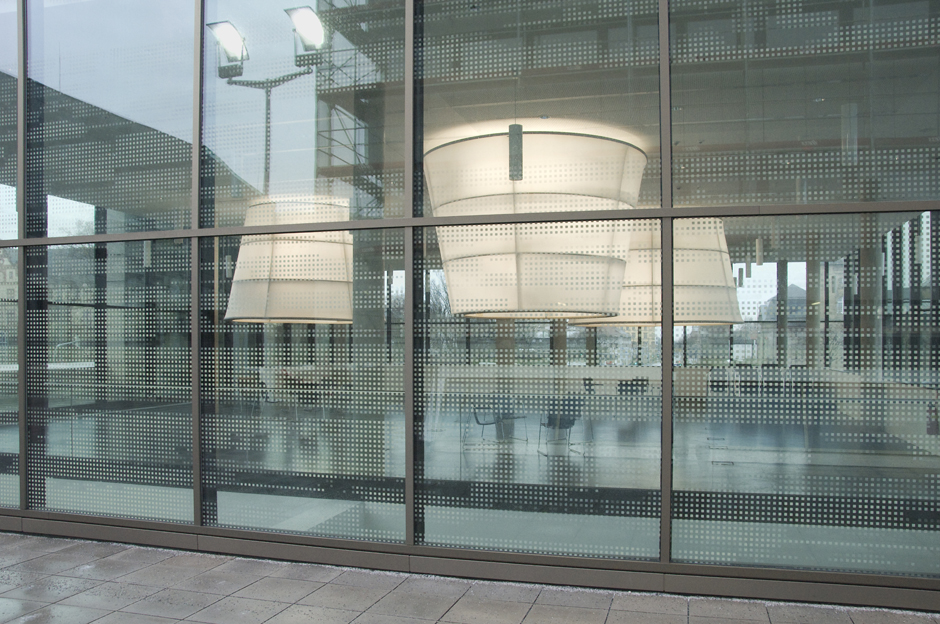 On the upper level, we had to structure a large square space, which is transparent on all sides, and define its use. The design should open opportunities, not restrict them. The space is always used in different ways – sometimes for presentations, sometimes for exhibitions, sometimes as a relaxed gathering place for students. As a result, it did not make sense to structure it by using fixed installations or furniture. Instead, we built three large luminous objects and hung from the ceiling. They give the room a warm atmosphere, have an expansive presence, and give the room structure. 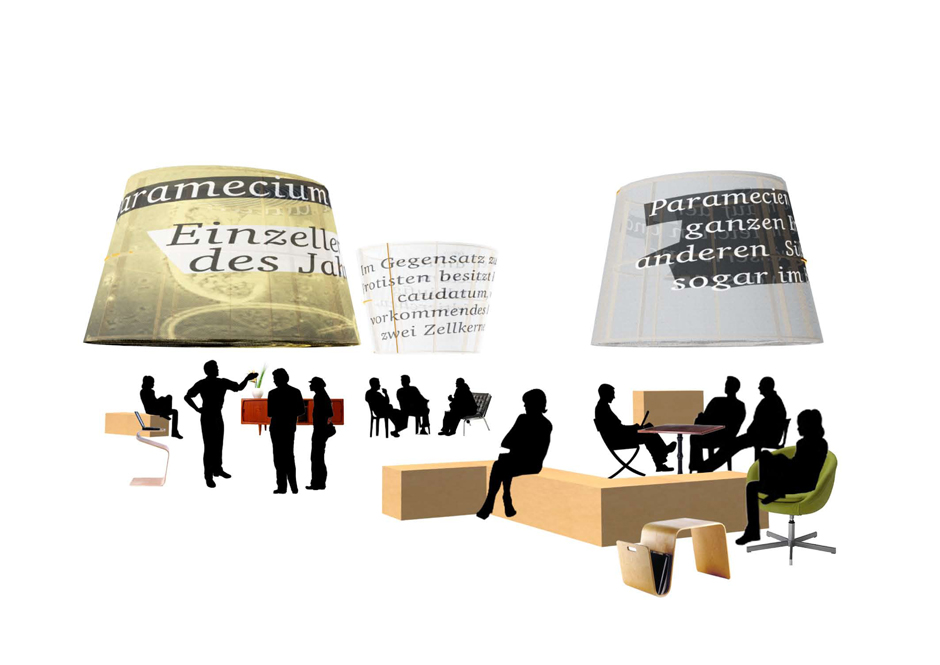 The basic structure of the objects is a multiplex ribbed design, which was covered with a semi-transparent projection film. This is designed to play projections, so that the objects can be used as information media. 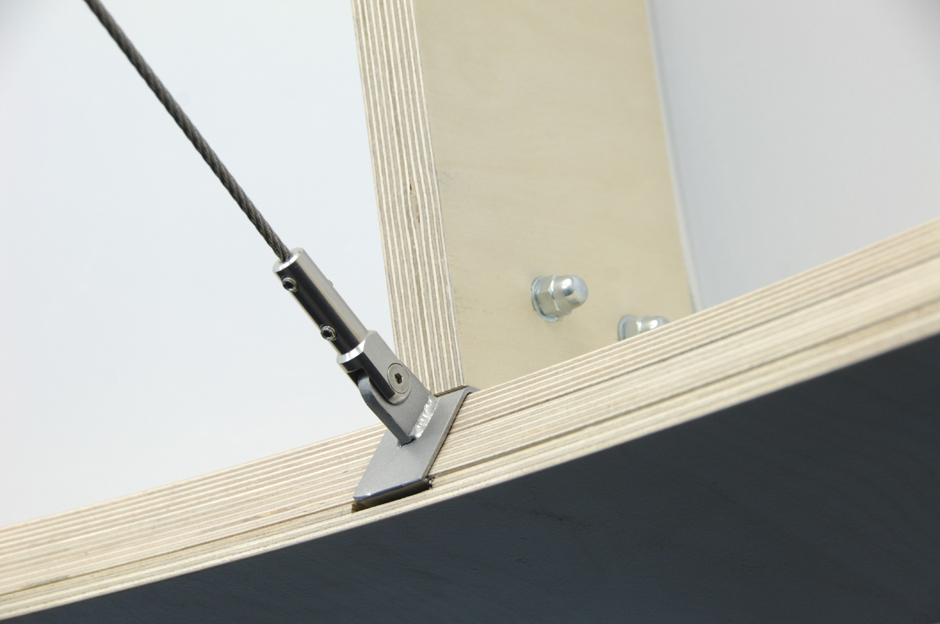 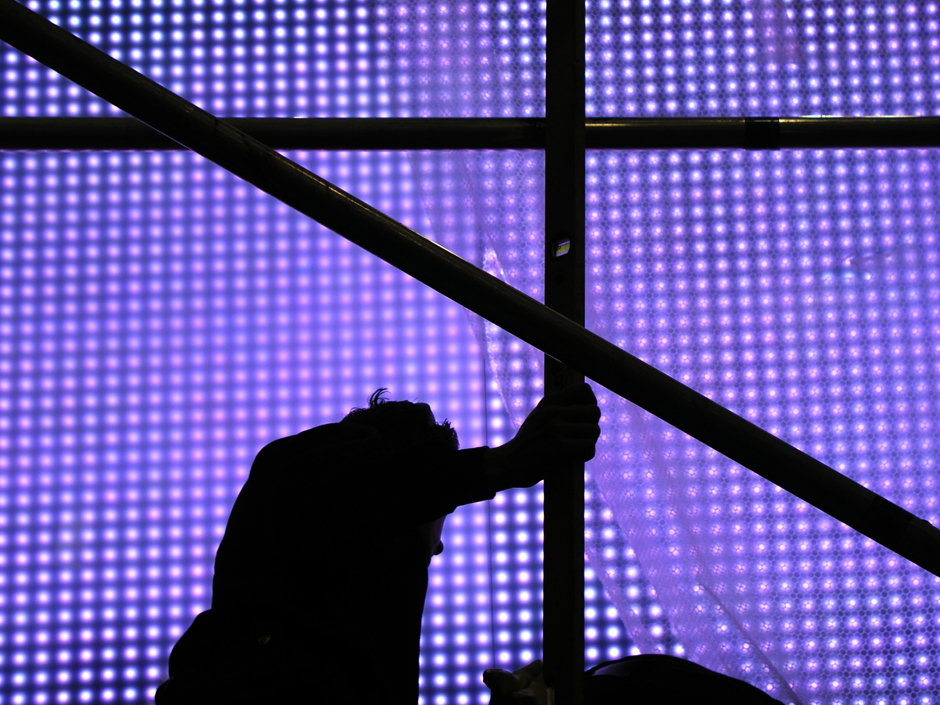 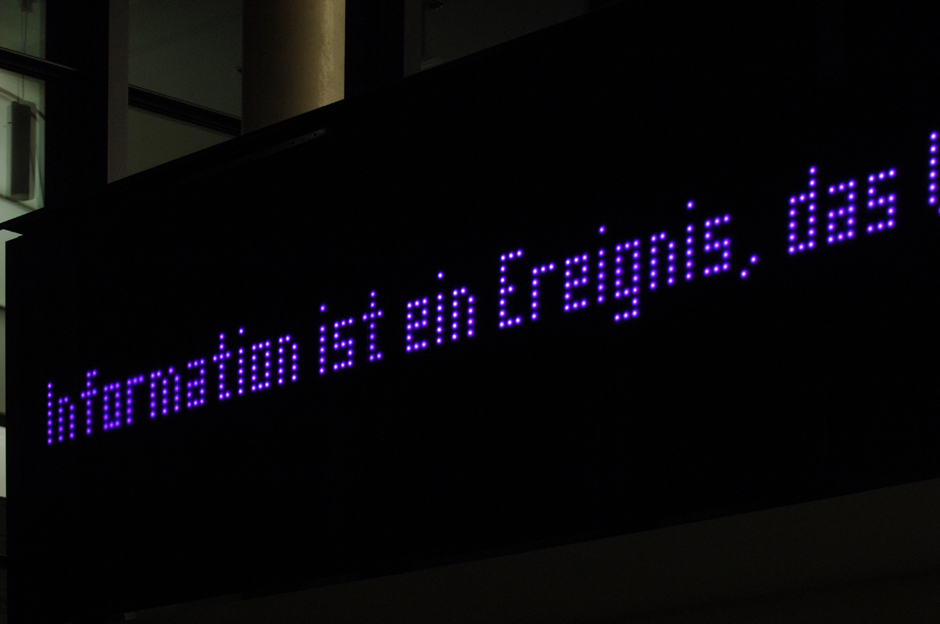