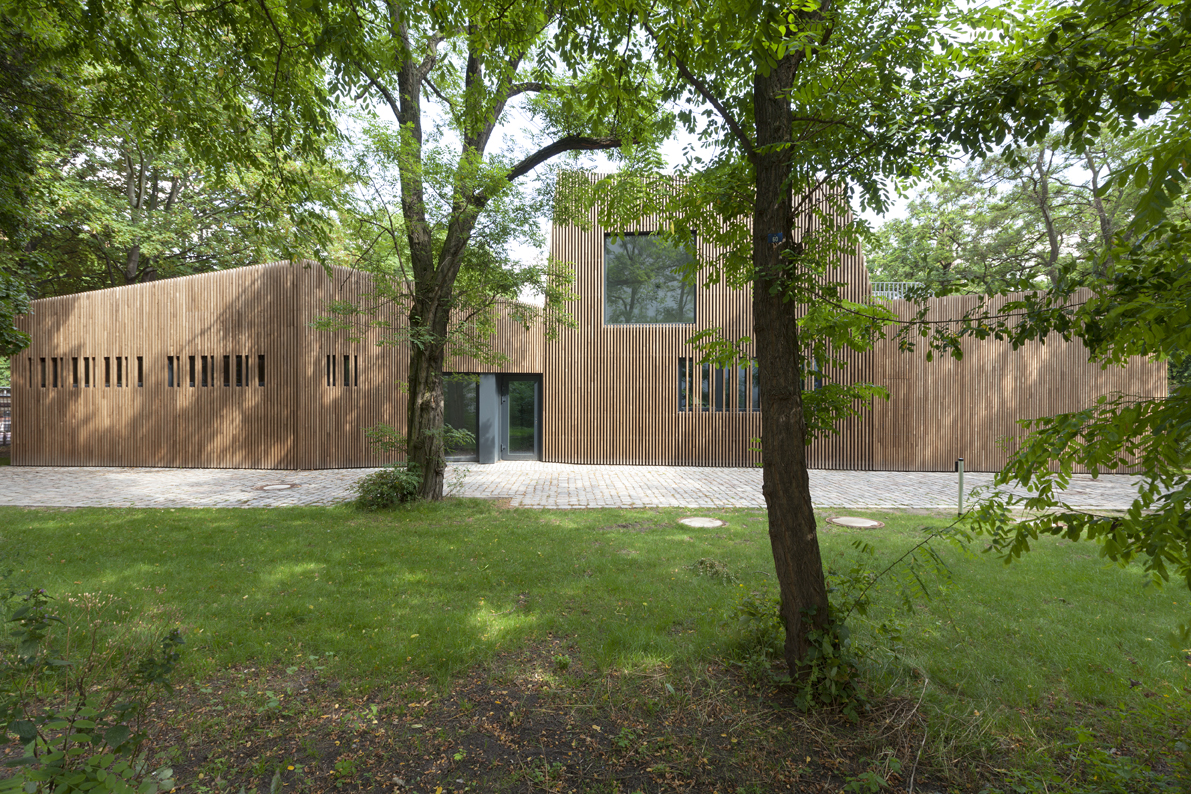 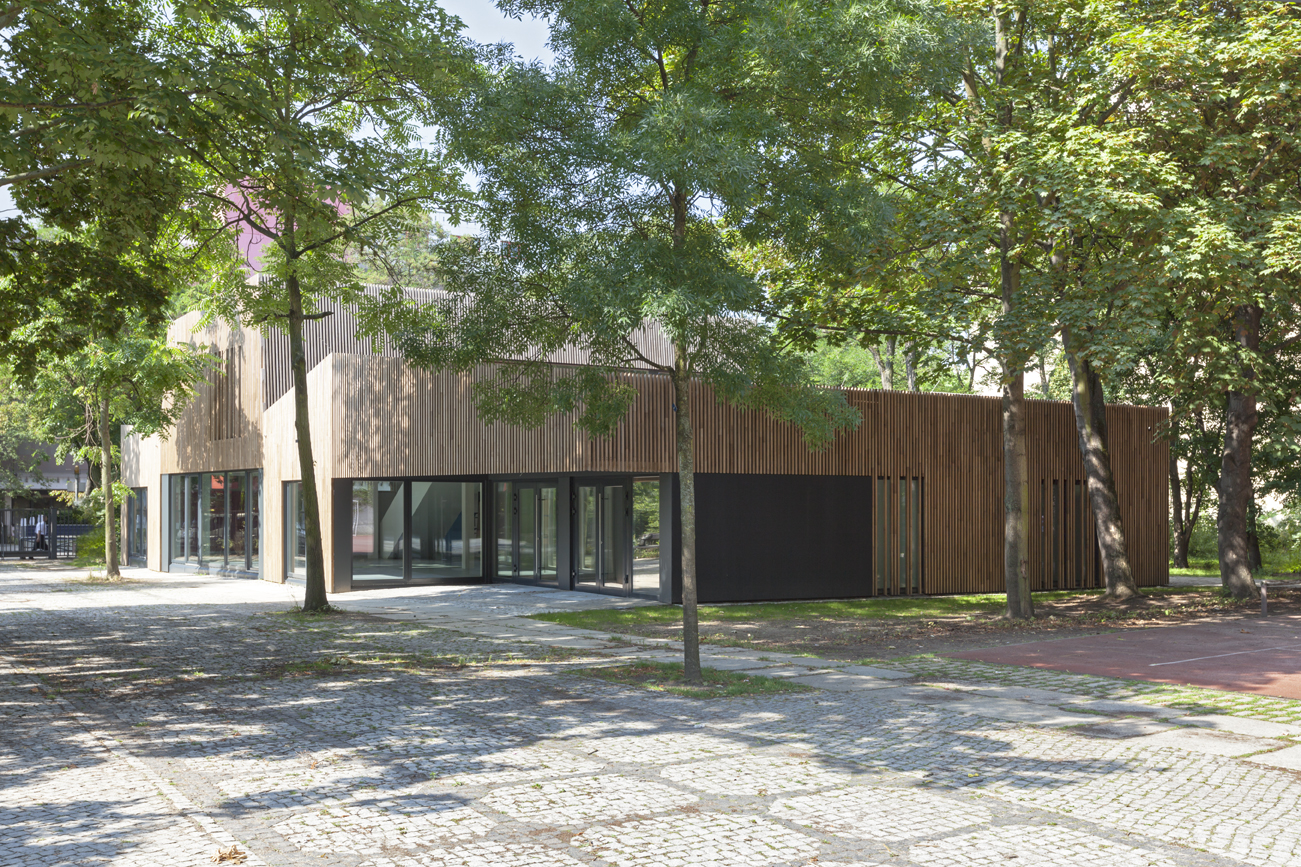 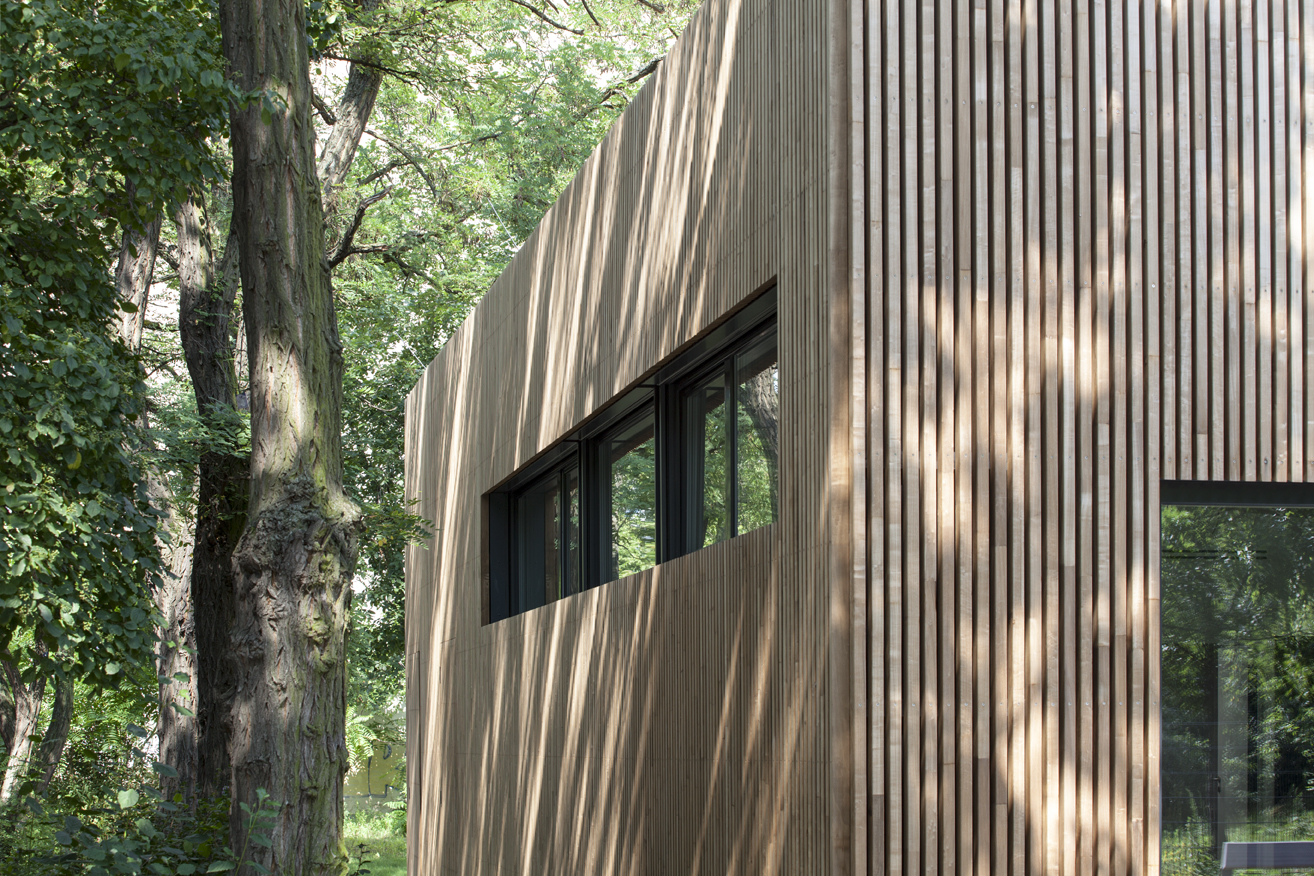 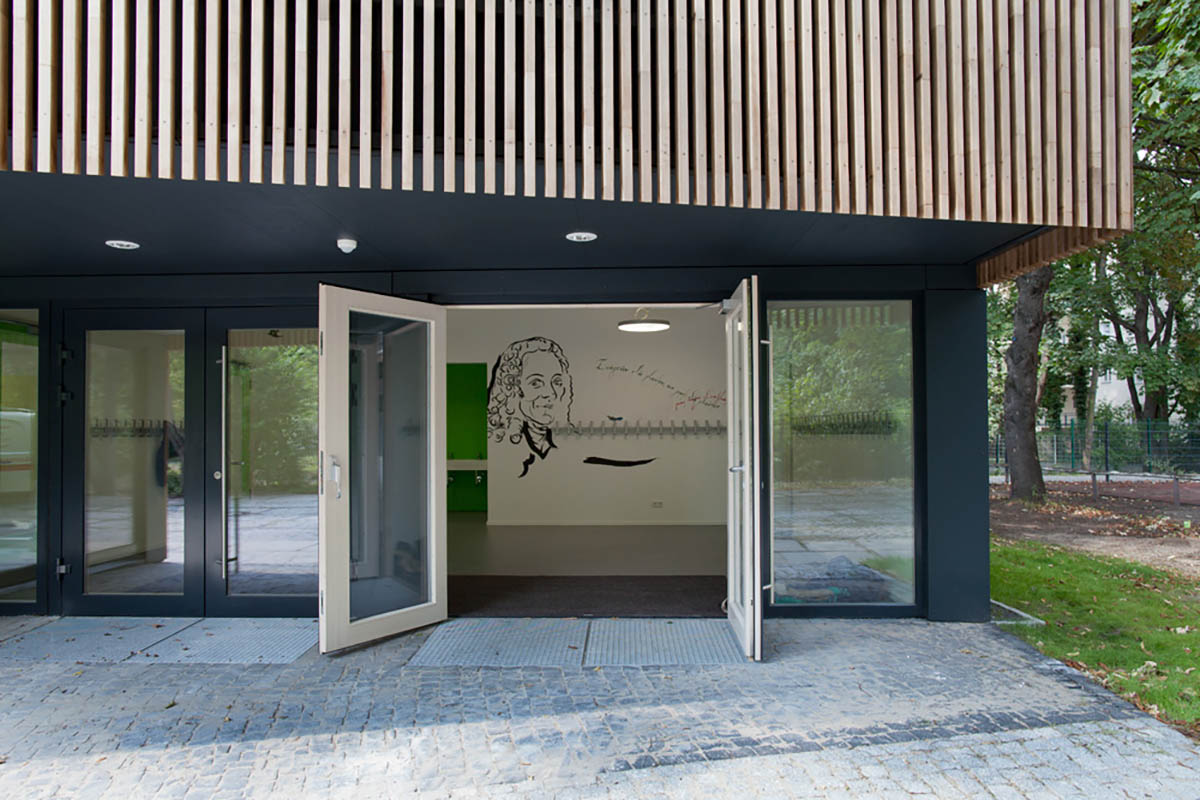 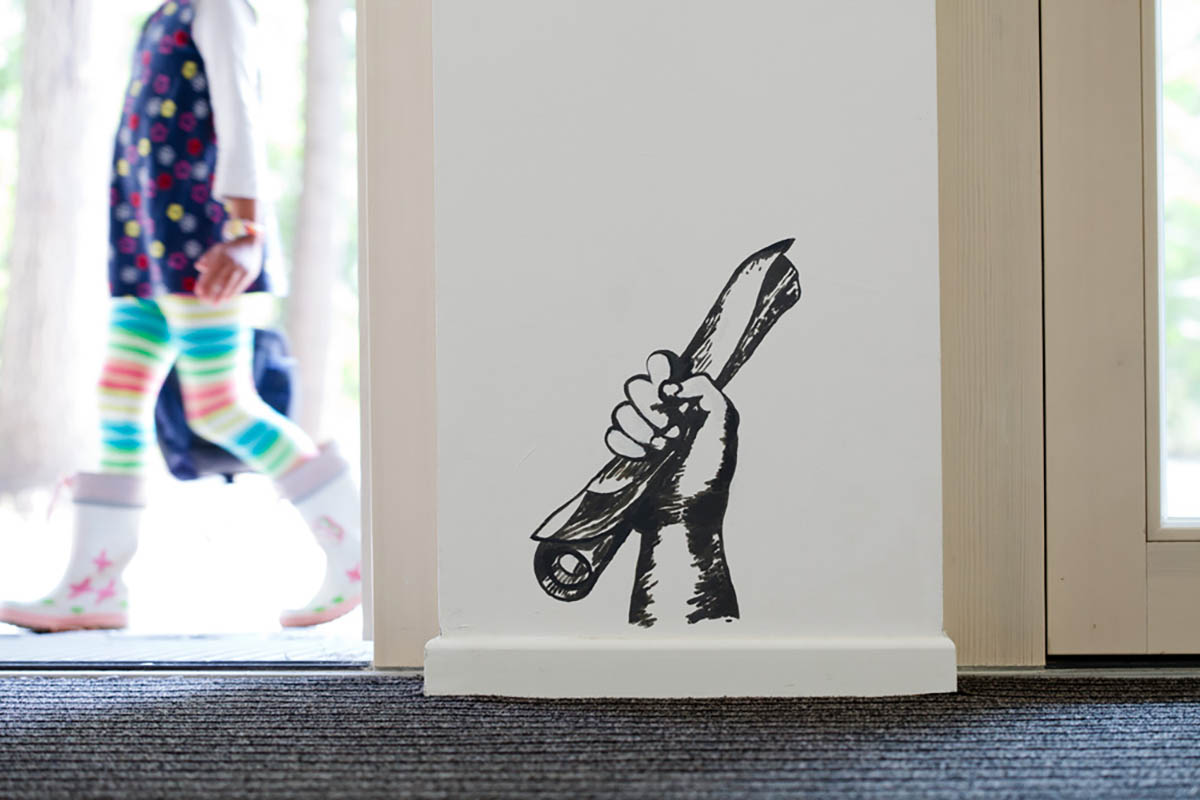 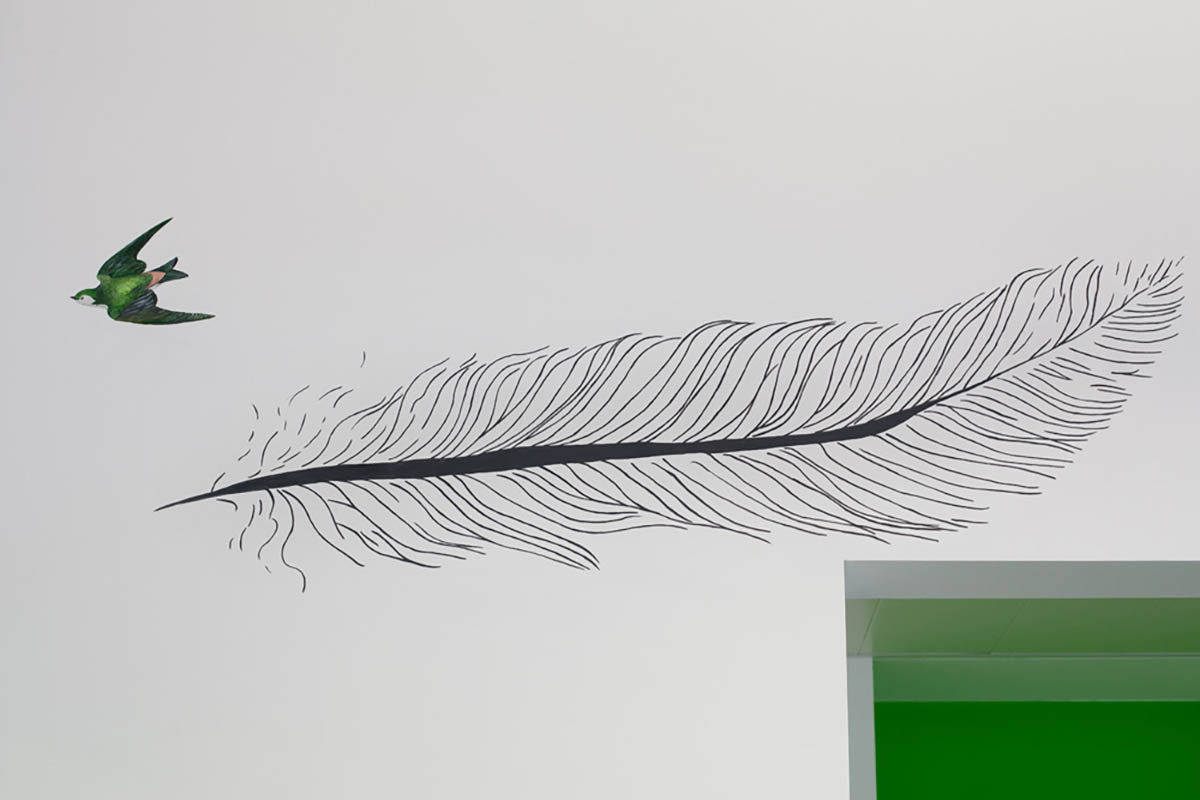 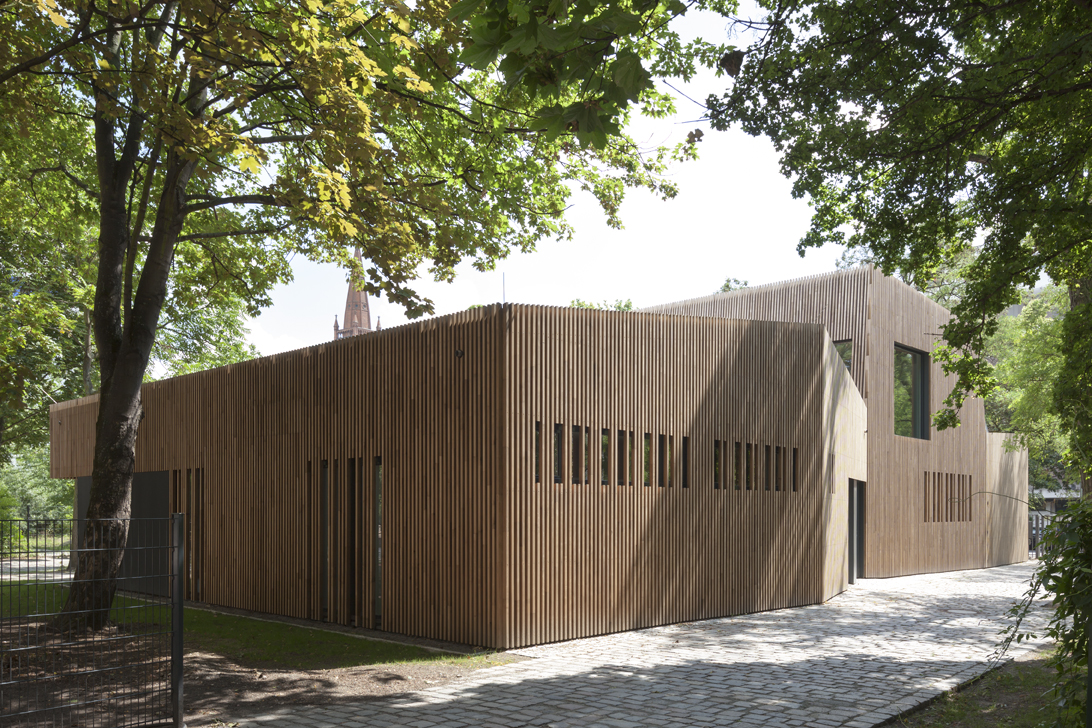 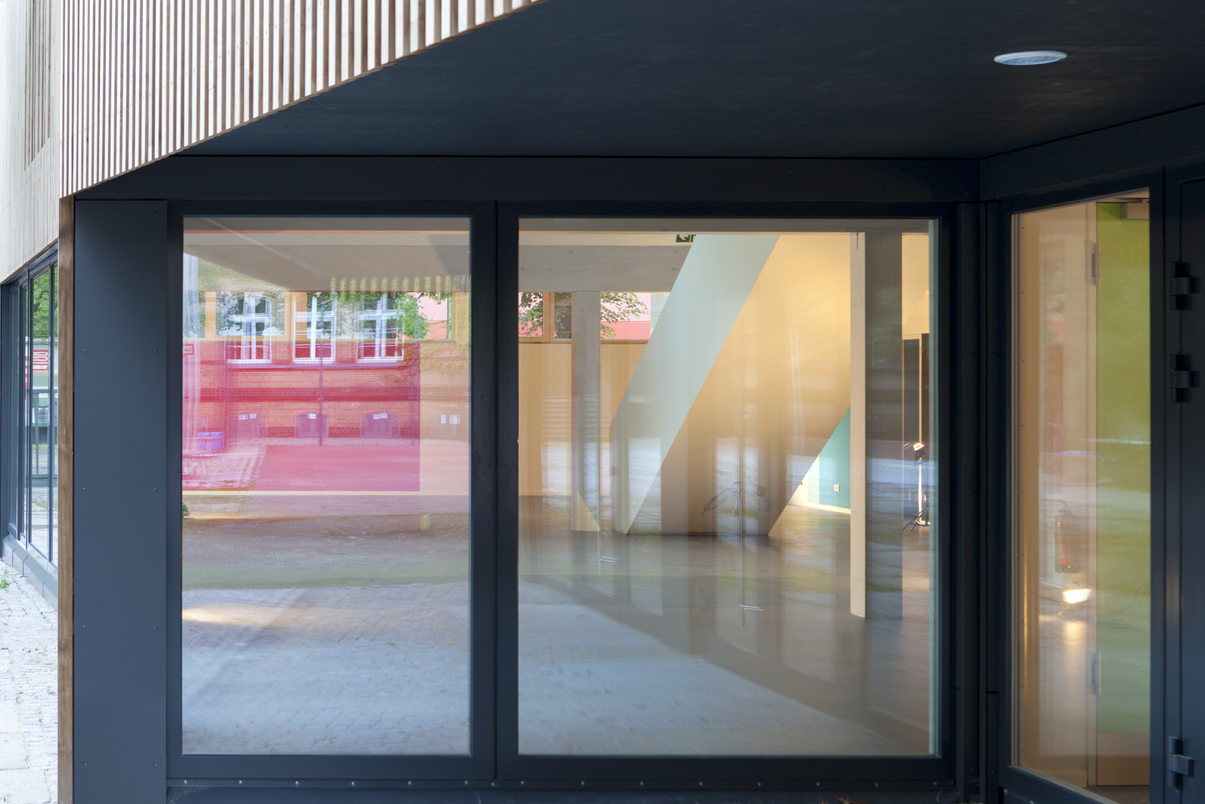 A vibrant, exciting cubature, the inclusion in a park-like context, and the creation of a pleasant atmosphere for children and teachers – these were the parameters for our new cafeteria building for the École Voltaire in Berlin-Tiergarten. The design idea is based on four juxtaposed sub-structures. Thus a differentiated building emerges on the narrow, elongated plot, which is reminiscent of an architectural landscape. The entrance is off Kurfürstenstraße and faces the older school building beyond the courtyard. The ground floor is primarily occupied by the large student cafeteria, which can also be used for events. The dining area for teachers is housed in the towering central section on a gallery level – close and far away enough at the same time from the student area. Big and small, rectangular and ribbon-like windows open the views throughout onto the green surroundings. The liberal spirit of the school’s namesake – who, by the way, was rather critical of public educational institutions – was transported to the design of the walls by the artist Ute Mang.

The cafeteria is built as a timber frame construction, which is perfectly suited for small-scale and complex space programmes like this: it is efficient, flexible, and environmentally-friendly – all of which enables a high-quality and aesthetic execution. At the beginning, it was a bid with particular conditions: for cost reasons, the client – the cafeteria is for a French school in Germany, belonging to the French Ministry of Foreign Affairs’ Agency for French Education Abroad (AEFE) – only invited tenders from system builders. But what they wanted was much too demanding, complex, and individual to be implemented solely with prefabricated room modules – for example, with containers.

The space programme of a school cafeteria is varied: an entrance hall is needed with a cloakroom, a separate sanitary section where students can wash their hands before eating, a large dining room for the students, a separate dining area for the teachers, as well as a kitchen. Thus we were able to convince the client of the merits of the timber framework. It makes differentiation and architectural design possible and is at the same time cost-effective. Nevertheless, a more intensive preparation for the construction is necessary. Design and details must be planned carefully for timber frames, however, the implementation on-site is quick: the shell was erected within three weeks. After the erection of the frame construction and insulation, we clad the façade with heat-treated poplar wood, an equally aesthetic and extremely long-lasting solution. As a result, the construction appears warm, inviting, light, and playful.

The Kantine École Voltaire was the Iconic Awards Winner 2015 in the category Architecture, received a Special Mention of the German Design Award 2016 and won the Audience Price of the Berlin Architekturpreis 2016.