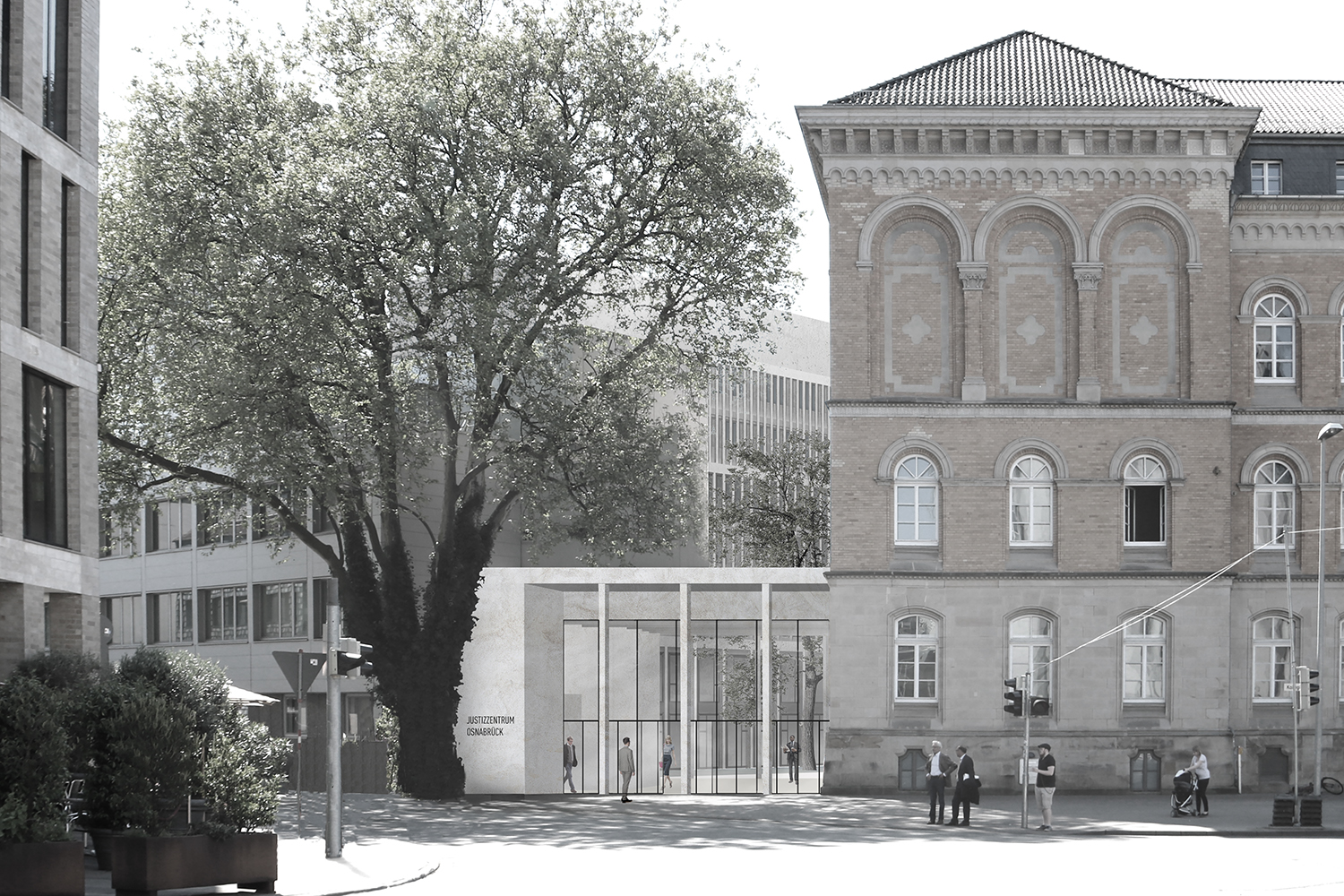 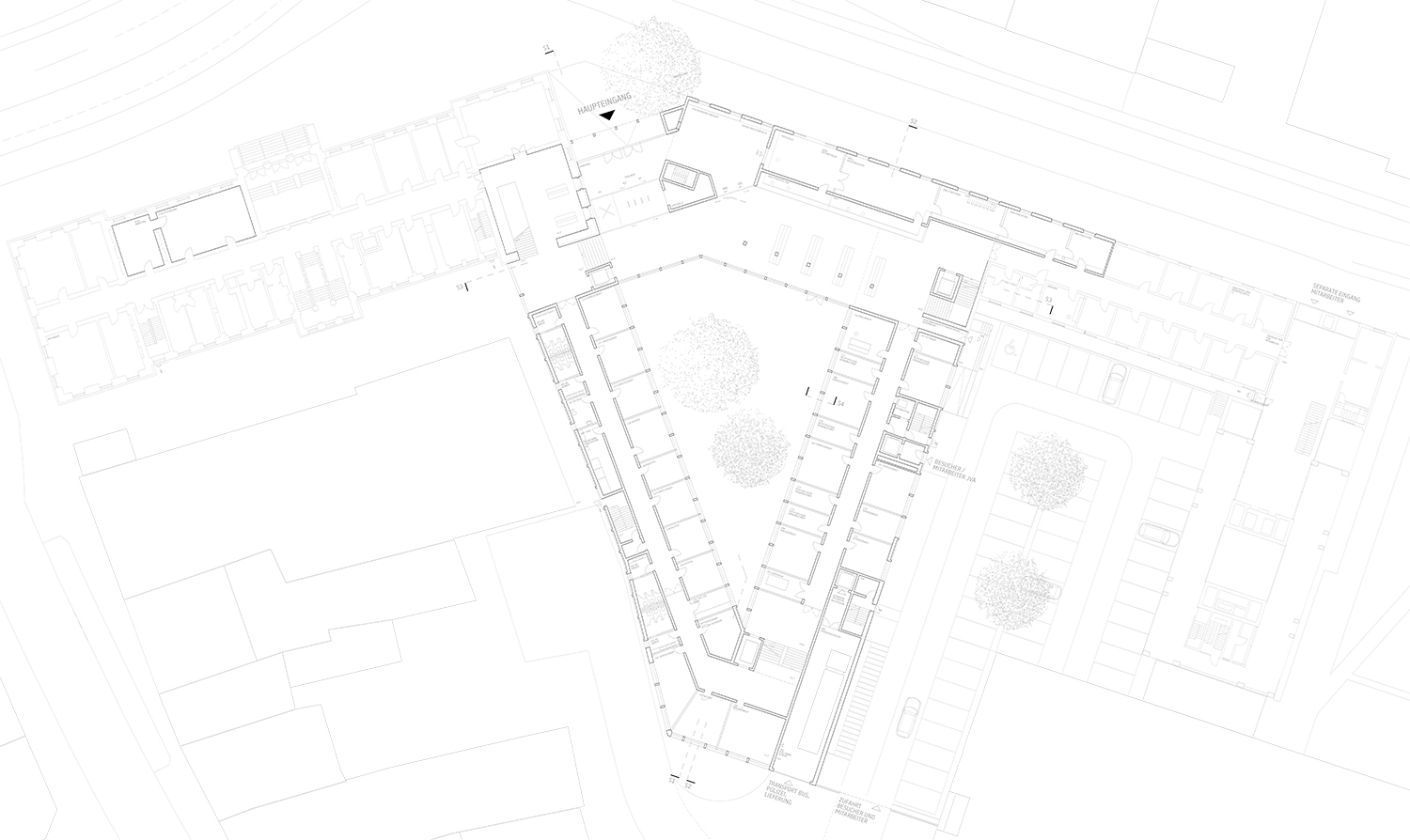 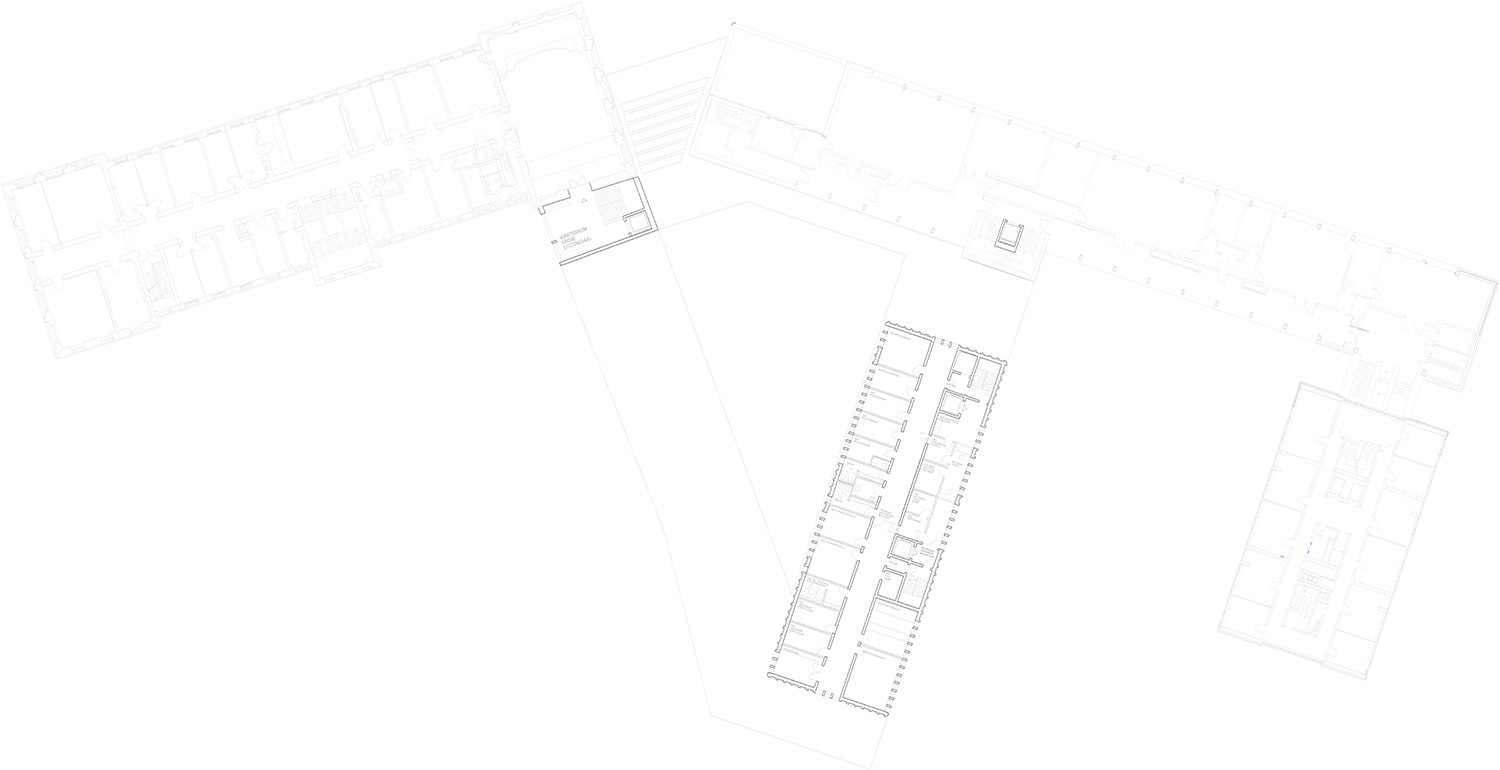 The Justice Center, centrally located within Osnabrück’s city center, consists of the district court, the local court, the public prosecutor’s office and a branch of the Lingen correctional facility.

The heart of the design for the extension is the new central entrance area for the district and regional courts, which connects the two existing buildings. Coming from Neumarkt or Kollegienwall, visitors are greeted by a large, representative portal. Even before entering the building, the view into the inner courtyard is possible and gives the entrance a special depth and generosity.

The extensions of the local and regional court are designed as a two-story building. In connection with the central new entrance area, a ring-shaped architectural figure with a large inner courtyard is created. Old and new parts of the building are also connected with each other in a circular fashion on the inside. The correctional facility grows out of the extension area of the district court as an independent rectangular building volume. The new building mediates, as it were, between the sober architecture of the district court and the distinctive and listed district court by means of a clear façade structure and independent concrete materiality.

The new building ensemble has a monolithic appearance. At the same time, the façade is structured horizontally by wraparound floor bands and thus refers to the existing building of the district court. The vertical façade grid reflects the requirements from the space programs behind it and becomes tighter from the first floor – with primarily office space – to the upper floors and the cells of the correctional facility. In the inner courtyard area, the two-story facade opens up generously.